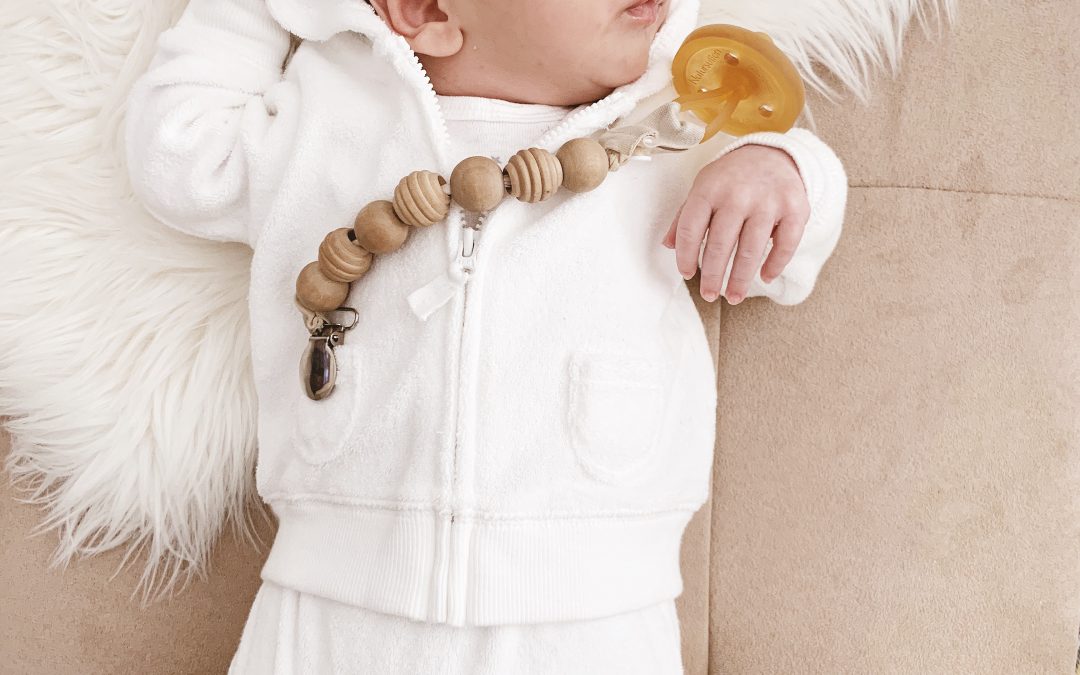 The first month just flew right by (isn’t that always the case in retrospect?) but I realized that Elijah’s first month was especially short since he was born in February.

Twenty-nine days in and it was quite a whirlwind. My labor was fast and redeeming (you can read my birth story here), but after Elijah was born I lost a lot of blood and passed out two hours later from low blood pressure. During the first two weeks, I really tried to stay in bed and rest while allowing my stores to get back up. Just standing would make me light-headed and dizzy.

As much as I just wanted to lay in bed and enjoy newborn snuggles, we had a few necessary check-up appointments. We went to the birth center for check-ups and went to our local osteopathic doctor for adjustments and check-ups for Elijah.

Nursing started a little rocky this time around and I was hit with mastitis during week one after my milk came in. Three days post part I’m I was sick with a fever and violent chills along with very tender and hard breasts. It was terrible.

I’m so grateful for the modern breast pumps and that I was also given the recommendation of buying a Haaka milk collector “pump”. The Haaka helped me to eliminate engorgement, collect milk while sleep-nursing (even in a laying position) and to store that milk for later use.

After my mastitis incident, I realized that I needed better nursing bras. I tried several and my favorite has been the Kindred Bravely (I love that they have a busty option. I’ve also tried several generic versions and these are my favorites. They are a great price and the inside strap is comfortable and contoured like the Kindred Bravely while most of the others have a terrible straight strap going across the center of the breast. (See photos)

My other complaint about all of the generics is that they have a bit of a rough spot on the back of the strap where the strap ends (they burn the end). It will soften with washing, but it’s not an issue with the Kindred Bravely bras.

Elijah’s major milestones were losing his umbilical stump and beginning to smile more intently. Both of those things make me tremendously happy!

Meanwhile, all of his siblings have been wonderfully adjusting to a new baby and have been enjoying holding him.

Happy New Year and Blessed Feast of St. Basil
On the Sixth Day...
On Education
Blessed Nativity Fast!
On the Baptism Cross