Sharing: The Full Text of the Elder Evthymios’ Letter (Translation) 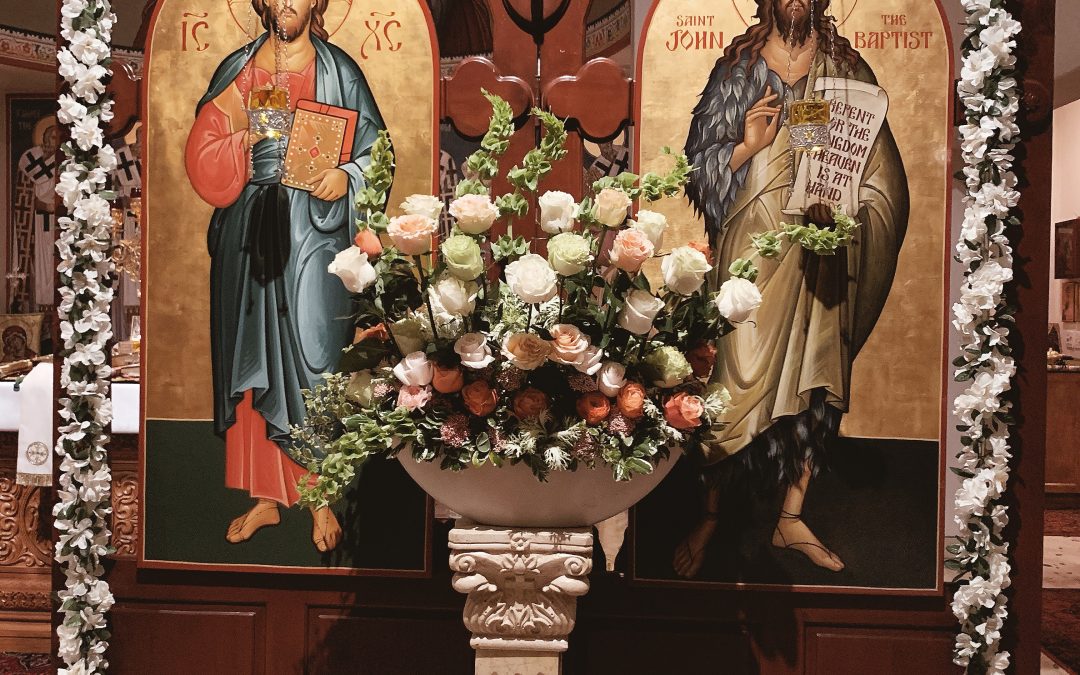 “The critical days that we are traversing and the sacredness of the days of Holy Week command rather silence and prayer. Nevertheless, because some opinions were recently circulated under my name on the internet, I shall mention the following so that the truth may be re-establish and harm be avoided. I have never told people to store food because of an impending war, and I have never prophesied the end of the threat of the virus, as some have irresponsibly and falsely diffused.

Also, without my permission they have posted my discussions with inexact and self-contradictory views of mine concerning the coronavirus, which caused questions. My views are clear in what follows. They are completely personal, without any desire of imposing them on others. To the many unbearable problems which men have, the threat of the virus has now been added too, which has ended up a nightmare. People suffer more from their fear, panic, and involuntary reclusion than they do from the virus.

The [Greek] state has taken protective measures, but the Church has her own means of confronting the virus. Now, humbled as never before, weakened and bound by the state, she is unable to grant them to her faithful. In older times and in similar cases of deadly epidemics, she would perform sanctifications of the waters (αγιασμός) and go out in procession with the sacred icons and holy relics. Why should these not be done today as well? “Is the Lord’s hand unable” to help us in these days too (cf. Is. 59:1)?

During the third decade of the twentieth century, my village was struck by a plague which killed fifty little children in a few days. They could not dig the graves fast enough. Then they brought the skull of Saint Charalampes from Saint Steven’s in Meteora and the plague immediately ceased.

Ever since the Lord performed the Mystical Supper and handed down the most holy mystery of the Divine Eucharist, the world-saving Divine Liturgy has not ceased to be celebrated to this day. Neither Diocletian, nor the Turks, nor the communists in Russia, nor the Germans during the years of the occupation managed to stop the Divine Liturgy and the faithful from approaching Holy Communion. And now, with the fear of the virus, the churches have closed down and the faithful are deprived of the saving grace of the mysteries, of which they have so great a need. On the contrary, while everyone here [in Greece] remains fearfully silent, in the Orthodox Churches of Serbia, Bulgaria, and Georgia divine worship continues unhindered, the churches are open, Divine Liturgy is celebrated, and the faithful are not afraid of being affected by the virus. The protective measures employed by the present government are unconstitutional, unbearable, extreme, and unfair to the Greek Orthodox, while they have also created an atmosphere of terrorism, which the media aggravate.

Yes,the virus exists and we must protect our health and the health of those around us. Fear, however, must vanish, because when man is in a state of fear he cannot think and act rationally and discreetly. In a similar case, when the eruption had occurred at Chernobil, people had then panicked and were examining the vegetables and fruits in order to eat those that had the least exposure to radiation. When Saint Païsios was asked, he said that we should do the sign of the cross and eat fearlessly, which he himself first did, setting an example. Were he alive today, it would be inconceivable for us to see him wearing a mask and gloves, carrying a little bottle of alcohol in his pocket and avoiding people or speaking to them from a distance. He would surely be pacifying the people, he would be helping them put away fear, and most of all he would be saddened by the closing of the churches. Such a fear is unbefitting for Christians inspired by the example of the God-Man and by the Martyrs of our faith.

Many are anxiously expecting the defeat of the coronavirus by the invention of the vaccine, which will be obligatory for all. As for us, we refuse to be vaccinated. Whoever is afraid, let him receive as many vaccines as he likes, but he should know that they may produce unforeseen and grave side-effects, as was the case a few years with the vaccines against the bird flu done to children, many of whom became paralysed. Likewise, many of those who received the vaccine against hepatitis B contracted multiple sclerosis, and the same happens with other vaccines as well. Unless God guard us, what can vaccines and medicine do? The godless Kazantzakis was vaccinated so as to be protected from cholera during a trip of his, and he still fell ill.

We have superior vaccines and the “medicine of immortality”, the holy Mysteries. We have time-tested doctors, specialists on viruses, Saint Charalampes, Saint Bessarion of Dousikou Monastery, who are for the plague, and so many other saints. Now, however, with the strict limitations the people remains helpless and uncomforted. And while everyone is struggling to confront the virus, some people have other things in mind and as their goal. Top doctors and scientists are pointing out that what is happening is a discipline test: the goal is to manipulate the people in the direction they want. This seemed strange and incredible until recently, but it is not imaginary, since men are now publicly saying that “The coronavirus pandemic has brought to the fore the need for a world-wide democratic government” (George Papandreou) and proposing that “each man have on him a microchip with biometrical data in relation to this virus or to other epidemic measurements” (Evangelos Venizelos).

These people are openly speaking of mark [of the Antichrist] and world-wide dictatorship, but do we get it? And what are we doing? Saint Païsios has spoken and written so much about this topic. Can we possibly trust these men who have enslaved us to the foreign lenders and who are now leading us into slavery to the Antichrist? Foretelling the future hardships, Saint Païsios would emphasise: “Only with a good spiritual life shall we make it through”. God has permitted this great trial because our sins.

We have need for sincere repentance, inexhaustible patience, and unceasing prayer, which strengthens our faith. We wish our brethren a good Resurrection under whatever circumstances.

May the Risen One, the Lord of life and Vanquisher of death, comfort and enlighten all of us by the light of His Resurrection, and may He give power and endurance to His people. By His grace may we arrive at the day of our deliverance from sin and from all evils. Amen.

With pain of heart
And sincere brotherly love,

Fear and Death
A Prayer to Archangel Michael, the Mighty Warrior
Sharing: During Times of Plague, Priests Do What Priests Need To Do
The Holy Seven Maccabees, Eleazar the Martyr
Sharing: Petition - Open Our Orthodox Churches