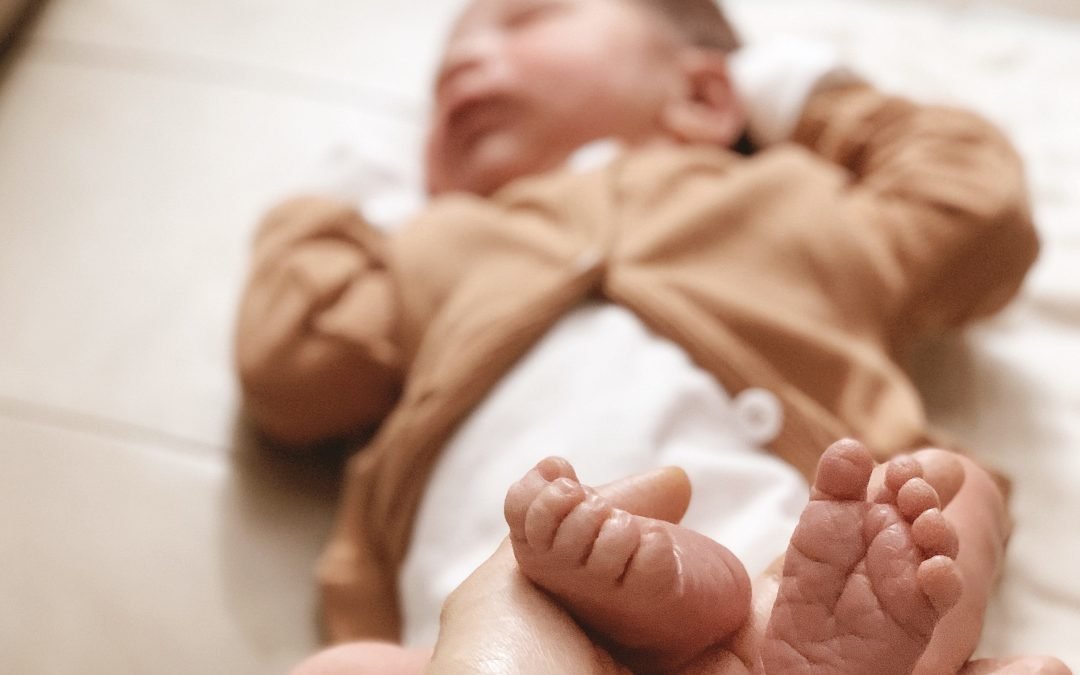 He’s perfect and we are grateful. My doula Trisha Olow was so supportive and our midwives at Best Start Birth Center were amazing from start to finish. This experience was everything a birth should be. Thank you all for your prayers! Glory to God for all things!

Here’s how it all happened! Saturday night, I was having contractions just as I had for the past two weeks, but they were not growing in intensity nor were they getting closer together so I told Peter that we should plan on going to church and that there was no reason for Abraham and him not to be able to serve at the altar. A lot of people were shocked to see us as I was just a day away from 41 weeks. After Liturgy, I was very encouraged by so many women who told me how they too went over their due dates (this wasn’t a new experience since I also went over with Paul, but I was feeling more nervous this time about being forced into a hospital birth) and how they went into labor during their 41st week. Some gave me tips while others just gave me general encouragement and hugs. It was all so appreciated.

I ensured that I stood all of Liturgy and even carried Paul for the majority. I wanted to get things going. When we got home from church, I had a small meal and then decided to walk our stairs. I had determined to walk for at least 2 hours–this had worked in getting my past 2 labors going. Within minutes of waking my stairs, I had a contraction… then another… they were about 5 minutes apart. As I’d tire, I’d take a break and sit. We also used some acupressure points our doula told us to use in hopes to stimulate more contractions. Once contractions began to slow to about 10 minutes apart, I would walk again. I took a few breaks to sit, snack, or nap. By around 6pm, I lost a lot of my plug and checked in with my doula, Trisha. I told her that things were slowing back down and we agreed that it would be a good idea to rest and then resume activity in the morning. I called my mom and told her that this wouldn’t be the night, that she should sleep and that hopefully we could get baby out the next day.

Disappointed, I began to rest in hopes of trying again in the morning. I definitely felt like I was on the right foot, but didn’t want to go into labor exhausted as I had with my last 2.

Around 10 pm, my contractions began to get going again. This time they felt different and I had a good amount of back pressure. This was getting exciting, though scary. I called my mom and texted Trisha that I was going into the birth center to get checked. As we drove to the birth center, Peter told me to ask Trisha to head over. I knew it would be time and assured Peter that there was no way we’d get sent home. I was having too much back pressure.

After getting checked I was 4cm dilated but my cervix was still thick. I paced around and bounced on a yoga ball for about an hour. Trisha rubbed some essential oils on my belly and back, but after an hour there was no change so I decided to go home to shower, eat, and rest.

As we walked to the car, I had a few contractions that stopped me in my tracks, but I assured Peter that I wanted to go home and shower at the minimum.

As soon as we got home a little after midnight, I asked my mom to stay as I knew we’d be leaving soon. I ran to the toilet with the need to push. I told Peter to get some sleep–this was happening.

I knew I needed to get into the shower to get some hot water on my back. I got in the shower and my contractions began to intensify. The hot water on my back was therapeutic but I wanted to sleep. After my shower, I couldn’t get dressed, my contractions were getting stronger and the urge to push was increasing, but I needed rest. I put on a large robe and laid in bed next to Paul. His little self gave me a lot of comfort. I began to doze off.

The next thing I knew, I woke up laying on my side with a leg up and moaning as I pushed. I woke Peter with my groans and he said it was time to go but I couldn’t move. I needed to push. He quickly called the midwife and Trisha, got dressed and once I was able to move I got up… and ran to the toilet… and began to push some more. I couldn’t move as my contractions were right on top of each other. I knew I wouldn’t make it to the car. Just as I told Peter, we weren’t going anywhere, I was able to get up and I found a pair of pants. I walked downstairs, woke my mom and told her we needed to leave.

We got to the car and I couldn’t sit, so I kneeled backward in the chair, put on my seatbelt and Peter began drive to the birth center in a bit of a panic. Peaying for relief as I pulled the seatbelt around my lower back for counter pressure. I quietly asked Christ for his mercy, and asked the Theotokos and my dad for their prayers. “I hope this is transition… I can’t take any worse,” I said aloud.

As we arrived Trisha had just pulled in. As I got out of the car, I had another contraction. “Now this looks like labor,” she said with a smile. As we walked in, my midwife, Erina took me to an exam room. As she asked me to undress, I began to push again. She told me not to worry and that we’d just go straight to the birthing room as soon as I was able. I have a history of bleeding post-delivery so as I undressed on the bed, they began filling the tub and got a Pitocin shot ready. Was it time? Immediately, I began pushing again. I wanted to make it to the tub to catch my baby, but the water was filling… oh… so… s.l.o.w.

I made it into the water and could feel my amniotic sac and the baby’s head. Suddenly, contractions seemed to slow. I found a comfortable position and they started again.

The first real big push–baby began to come out and went back in. Second real big push–half of baby’s head… oh that stretch! It felt like forever. Next push–baby’s head emerged, oh the relief! Then the final push… that’s the easiest. I was able to hold my new baby! It was all so worth it! Every single bit of it. Every nauseous moment, every bit of heart burn, every contraction and discomfort–it all culminated in this amazing little human being in my arms. I held him with so much joy.

“I’m so happy!” was all I could say. After a few minutes of holding my new baby I said, “I love you so much and you are so beautiful… I don’t even know if you are a boy or girl yet… and I don’t even care!” We all laughed and then I flipped the baby over from my chest… a boy! We were all so sure I was having a girl! Little Elijah is such a blessing. We are so grateful for the new little baby added to our home.

“Behold, children are a heritage from the LORD, The fruit of the womb is a reward. Like arrows in the hand of a warrior, So are the children of one’s youth. Happy is the man who has his quiver full of them; They shall not be ashamed, But shall speak with their enemies in the gate.”